More from this collection 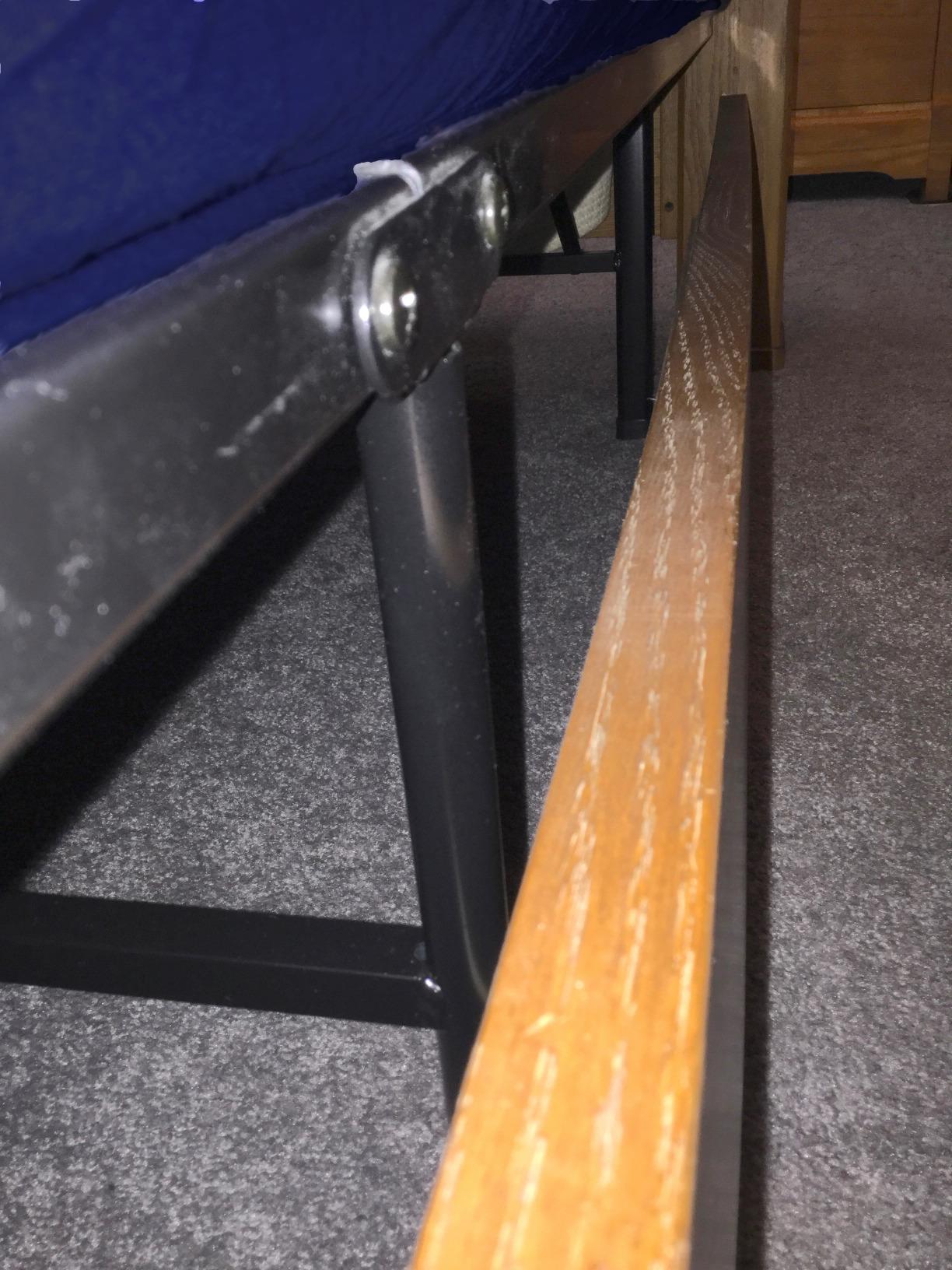 Is this helpful?
S. Stewart
UPDATE: Year later and it's still in tip top shape. We put a bedskirt over it to hide the legs and it's been going good. Nothing creaks, shifts, nothing. It's enough to make me want to get one for the spare bedroom and toss the boxspring and frame from up there to this. Hands down, don't regret, great solution for when you can't fit a boxspring in down through stairs etc etc and it's super budget friendly.A traditional box spring wasn't going to make it into our basement. We tried. So the only other option really, that was within our budget - was this. Delivered quick, easy enough to slide down the stairs, in ten minutes the husband and I had this assembled from box to sliding the mattress on. Could screws and done. That was five months ago. It's the height of a regular bed, just lots of storage space underneath - or when there is a tornado warning, dog sized - and a bed skirt fits fine on it. With 400 lbs roughly combine total of body weight, we haven't had an issue so far like some have commented on. No squeaking, no groaning or moaning. We are looking now to see how we can attach a headboard to it, but honestly I'm relieved that there was this as an alternative to a box spring that could down a tight stairway into the basement. I'll update this when we hit the one year mark but it's been worth it's money and you wouldn't know that it wasn't a traditional bed rails and box spring underneath. Bonus: I don't catch my cal on the sticking out part of our old bed's rail. No more gouges, bruises and bangs!
Is this helpful?
skaughtz
I will try to keep this simple. It took me about five minutes to assemble this frame. It is absolutely sturdy, looks great, and has great room underneath for storage. I'm ~240 lbs and my wife is somewhere in the 140's (?... I'm smart enough not to ask). The frame supports us both fine. In fact, the only way I can imagine that this frame could fail is if you screw up the very few and very simple construction steps. It really is pretty idiot-proof.There are very few parts to this frame, which is great. It consists of two separate but identical halves that connect to each other at each end with a pair of bolts, rubber washers, and wing nuts. Once they are connected the entire frame moves as one piece. Each half of the frame folds in half (which makes moving it a breeze), with the middle legs extending straight down once the frame is fully extended. Each end has a pair of legs that then fold down and are supported by two braces that each connect to a bolt in the frame by a notch in the support bar, and then secured by a wing nut. If the legs on each end are not completely straight, then you did not tighten the wing nuts enough. That's about it.If you have a memory foam mattress, simply don't need a box spring, require storage under your bed frame, or just don't want to spend much money, this frame is what you want. I'm fairly confident that the old saying, "You get what you pay for..." does not apply to this frame. It's a great product and a great bargain.
Is this helpful?